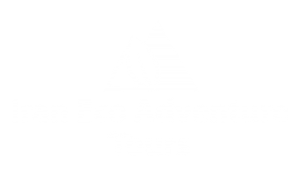 The Dasht-e Lut, situated on the eastern side of the country is so impressive,
that it has been selected as the first natural Iranian item inscribed on the
UNESCO’s World Heritage List.
Through this mystical and captivating desert, we’ll set upon a journey that’ll
take us to one of the most fascinating natural phenomenons of this region:
Shahdad Kaluts. Kaluts are giant dense clay rocks (yardang), formed by
extreme erosion of soil and water over time. • Tips for guides and drivers
• Extra accommodations in hotels or camps more than mentioned in the itinerary.
• Insurance
• Visa fee
• International flights and airport taxes
• Personal expenses or beverages
• Any individual transfer more than the program
• Extra expenses that aren’t mentioned in the program.
• Changing accommodation in case of client’s request
• Unexpected events and weather conditions or preliminary evacuation costs

• The group with 6 and more pax (excluding tour leader) has 1 special price for their tour leader. It is
based on accommodations in a double sharing room and tent.
• The prices are calculated based on mentioned hotels and accommodations. After your confirmation, we
start to check availability and inform you of the probable change. in case of any change in the final booking, the
price could be changed.

Thoughtfull thoughts to your inbox.